Ambrose Evans-Pritchard has covered world politics and economics for 30 years, based in Europe, the US, and Latin America. He joined the Telegraph in 1991, serving as Washington correspondent and later Europe correspondent in Brussels. He is now International Business Editor in London. Subscribe to the City Briefing e-mail.

Two weeks ago I was interviewed by the Catalan newspaper El Punt Avui. I said it would be unthinkable for the Spanish state to stop Catalan secession by military force.
Such action would violate EU Treaties and lead to Spain’s suspension from the European Union. You do not do such things in the early 21st Century.
"No pots ser membre de la UE si utilitzes la força" was the headline.
I may have underestimated the vigour of the Spanish officer corps.
First we have the robust comments of Colonel Francisco Alaman comparing the crisis to 1936 and vowing to crush Catalan nationalists, described as "vultures".
"Independence for Catalonia? Over my dead body. Spain is not Yugoslavia or Belgium. Even if the lion is sleeping, don’t provoke the lion, because he will show the ferocity proven over centuries," he said.
Actually, it is not remotely like 1936. I spent part of the weekend rereading Paul Preston’s magisterial biography of Franco, a worthwhile refresher for all of us.
Franco’s military uprising/coup in 1936 was directed against the newly-elected Popular Front, seen by army commanders (though not all of them) as the start of a Bolshevik take-over of Spain. The Franco revolt was a defence of The Catholic hierarchy against Communism and French subversion (in their mind).
Spain now has a Right-wing nationalist government with Opus Dei links, the Partido Popular. The roles are entirely reversed.
Yet Col Alaman is in a sense correct. The mood is becoming dangerous.
Is case you think he is an isolated case, former army chief Lt-Gen Pedro Pitarch said his views reflect "deeply-rooted thinking in large parts of the armed forces".
Gen Pitarch said Catalan independence is out of the question, though he also said Madrid had bungled the crisis of the regions disastrously. "Are we looking at a failed state?" he asked.
Now we have an explicit threat from the Asociación de Militares Españoles (AME), an organisation of retired army officers, warning that anybody promoting the break-up of Spain ("fractura de España") will face treason trials in military courts.
This from El Mundo:

The attitude of the Catalan government and members of its parliament is inadmissible.

The Armed Forces are guardians of the Spanish state and its territorial integrity under Article 8 of the Constitution.
They will carry out this role "scrupulously and strictly" to defend the sovereignty and Carta Magna of the Spanish nation.
AME said any flicker of secession "must be suppressed". Violators must bear in mind that they "will have to respond with all rigour to the grave accusation of high treason under the jurisdiction of military tribunals".
Do they speak for the Armed Forces? One assumes not. One awaits a categorical denial from King Juan Carlos, from premier Mariano Rajoy, and from the cupula of the Armed Forces that such a course action is being considered.
The use of military courts to try civilians is forbidden in democracies (pace Guantanamo). The alleged conspirators in the assassination of Abraham Lincoln were tried and hanged by a US military court, setting off a long legal battle. In the end, the US Supreme Court ruled that such practice was unconstitutional. Never again must this happen, it ruled.
Be that as it may, what we have in Spain is a disturbing turn of events. It is not of course for a Pirata Ingles to suggest how a great nation like Spain should organise its affairs.
(My own bias, by the way, is that I am a Welsh supporter of the British union, so in Spanish terms I would perhaps be a Catalan supporter of Spanish unity… but only by democratic means. Force changes everything).
Events in Europe are now moving fast. Portugal has been in havoc for the last week. Spain is in ever greater havoc. Much of southern Europe has become unpredictable.
Is it the fault of the monetary union and the euro? Yes, of course it is. While large parts of the world are in deep economic crisis – including Britain – the damage is concentrated with lethal intensity in the EMU victim states. Spain’s unemployment rates is already 25pc, and the full austerity has yet to bite.
It is made much worse by the unpleasant discovery that elected governments can do nothing to escape the trap. They have lost control over their own destinies.
Spain and Portugal are trapped in chronic slump with over-valued currencies. While they have clawed back some lost labour competitiveness by cutting wages, this has merely – and necessarily – compounded the debt-deflation disaster. It has pushed them closer to bankruptcy.
The Draghi bond plan can certainly put off the day of reckoning. It can lower borrowing costs across the board and cushion the slump. But it cannot in itself stop the slow asphyxiation of these societies.
We are moving from the financial phase of this crisis to the full-blown political phase. It really is playing out like the 1930s.
People sometimes ask when I became a pessimist. The answer is the summer of 1991 when I accompanied Serb troops into the Baroque city of Vukovar – shattered by howitzer shelling within a comfortable drive from Vienna, and strewn with the bodies of dead children – and watched 300 wounded prisoners taken from hospital. I assumed they were at last safe. We learned later that they were machine-gunned shortly afterwards at a collective farm nearby.
The unthinkable was happening before my eyes, though it was small in scale compared to the slaughter of 8,000 Bosnian Muslim men and boys at Srebrenica, which I later covered at a trial in The Hague.
When things go wrong, they really go wrong. Cuidado, Querida España
Tags: EU, spain
Postado por Unknown às 22:12 3 comentários: 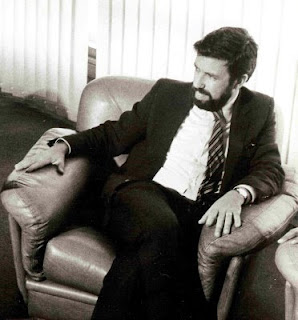 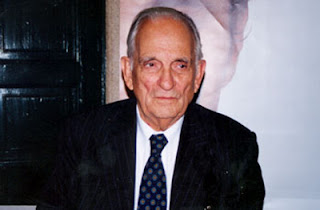